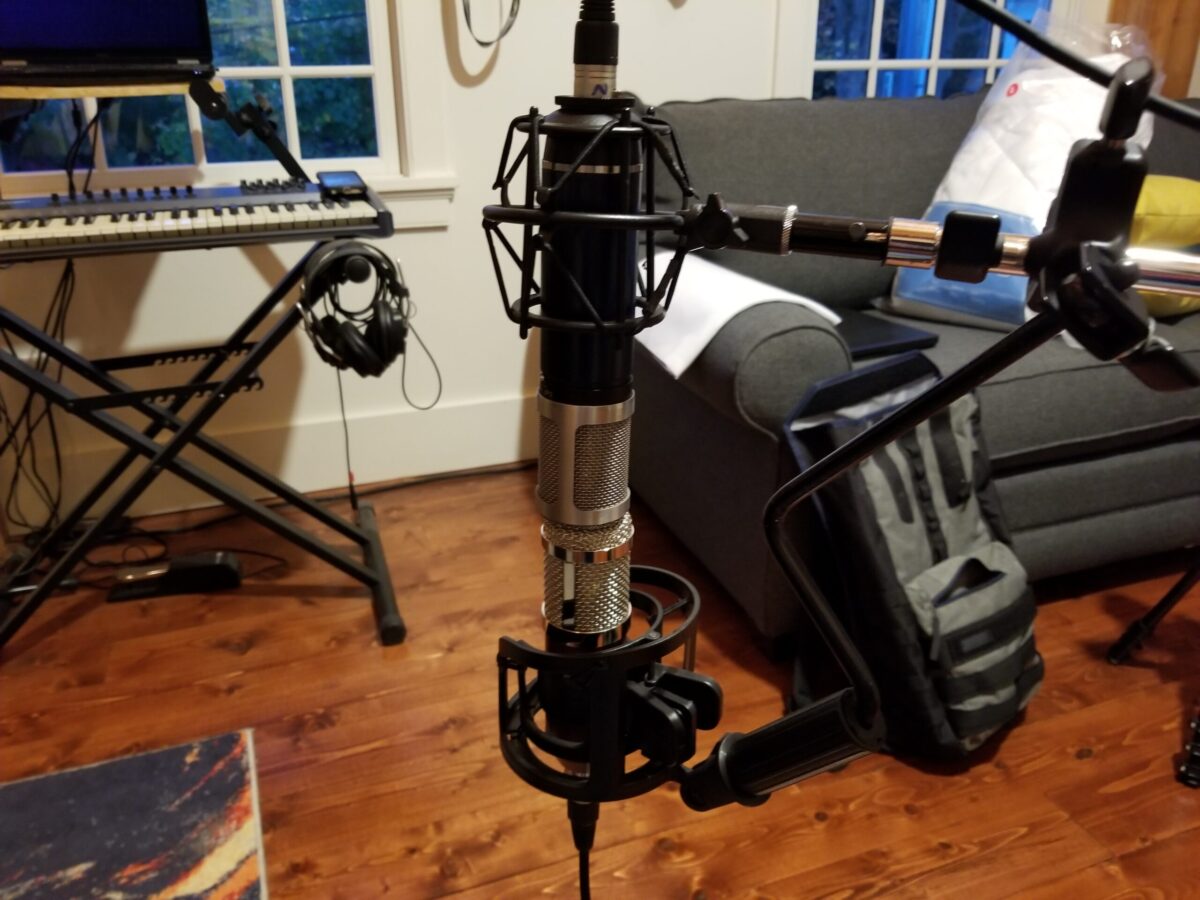 From the beginning of my transformer mic build experiments, I had wanted to use a transformer which was as close to the original BV-107 found in the Neumann KM84 as possible. That’s because my BFM (Big F’n Microphone) board is a modern recreation of the KM84 circuit but adapted to LDC capsules. CineMag makes a BV-107 recreation they call the 5722. It is a 6.9:1 turns ratio hum-bucking transformer which is ideal for the BFM circuit. I contacted them several times early on by email and really didn’t get very far (other than a price quote). They do not really have a web store per-se or a dealer network. Frustrated by that, I started using the low-cost imported Transformers and an expensive one by AMI.

A few weeks ago, I thought I’d go old school and actually call CineMag on the phone (I forgot my phone actually has that feature). David Geren himself answered the phone and took my order for a small batch. Wow!

I had previously done shootouts between the Imported Chinese Transformer and the AMI. I have two RS/47Ts – each with one of those installed. For the CineMag test, I reworked a Sterling ST55 rebuild I had. This one also had the Chinese transformer but I swapped that out for the CineMag. All mics now have the same capsule and circuitry. The only variation is the transformer.

Below is a result of some recordings made with both. In all cases the AMI is first then the CineMag (after a short pause). Shorter and shorter loops let you hear the tonal differences easier.

To my ears, the AMI is a bit more mid-forward as the kids like to say. The guitar seems to have a bit more presence with the AMI, but the CineMag has a little more silky of a top-end. It’s that top-end sheen that I felt was missing from the AMI in my previous tests. They both have a beautiful crunch on the hard strums of the guitar. This is why we love transformers!

Overall, I think the CineMag is going to win the day. It is slightly less expensive than the AMI and I think more versatile. It pairs nicely with the k47 style capsules which have a relatively flat high end. The AMI would win if I wanted a very mid-forward mic with lots of harmonics in the low end. Maybe on kick drum or bass cabinets, upright bass, etc. This is all very subtle stuff and either would work well on just about anything. For that matter, the cheap Chinese transformers really don’t sound all that bad and I will still offer them in the shop.